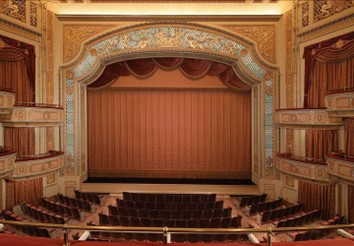 Balcony view of the Shubert’s stage

The Shubert Theatre is a Broadway Theatre at 225 West 44th Street in the Theatre District of Midtown Manhattan in New York City. The Shubert opened October 2, 1913, with a revival of Hamlet. The theatre was designed by Henry Beaumont Herts in the Italian Renaissance style and was built for the Shubert brothers. The facade is made of brick and terracotta, with sgraffito decorations designed in stucco. Three arches face south onto 44th Street, and a curved corner faces east toward Broadway. The auditorium contains an orchestra level, two balconies, and a flat ceiling. The space is decorated with mythological murals throughout.

Lee and J. J. Shubert had named the theatre in memory of their brother Sam S. Shubert, who died in an accident several years before the theatre's opening. It has 1,502 seats across three levels. The facade and interior are New York City landmarks.

Along with the rest of the nation, Shubert was impacted by the Great Depression. With some difficulty, Lee and J.J. continued to produce, and throughout the 1930s and 1940s they presented a number of well-known musicals and revues, including the later editions of the  Ziegfeld Follies, Life Begins at 8:40 (1934), At Home Abroad (1935), The Show is On (1937), Hellzapoppin' (1938), Streets of Paris (1939) and Sons o' Fun (1941) . Shubert stars at that time included Fanny Brice, Bob Hope, Bert Lahr, Bea Lillie, Ray Bolger, Bobby Clark, Imogene Coca, Olsen & Johnson, Gypsy Rose Lee, Ruth Gordon, and Carmen Miranda. 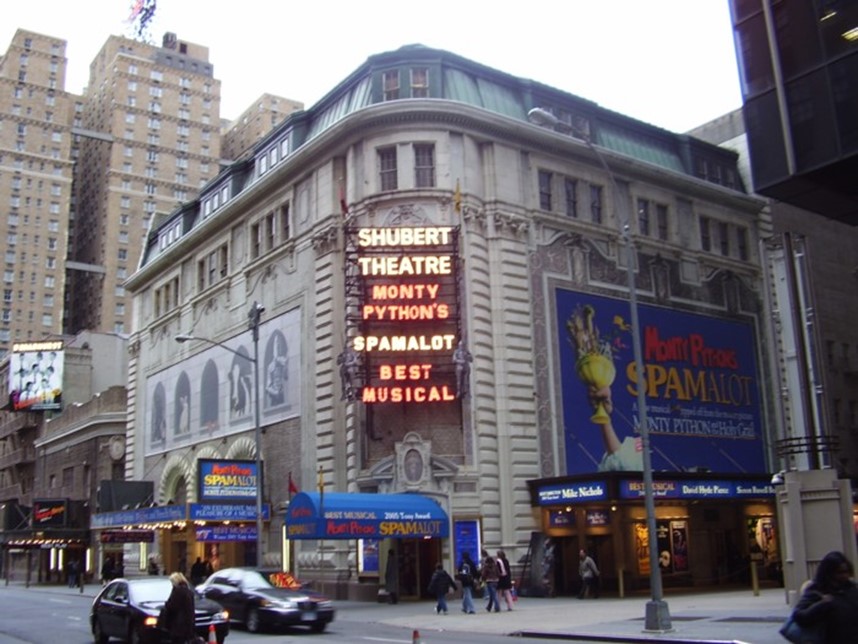 Street view of the Shubert, circa 2006 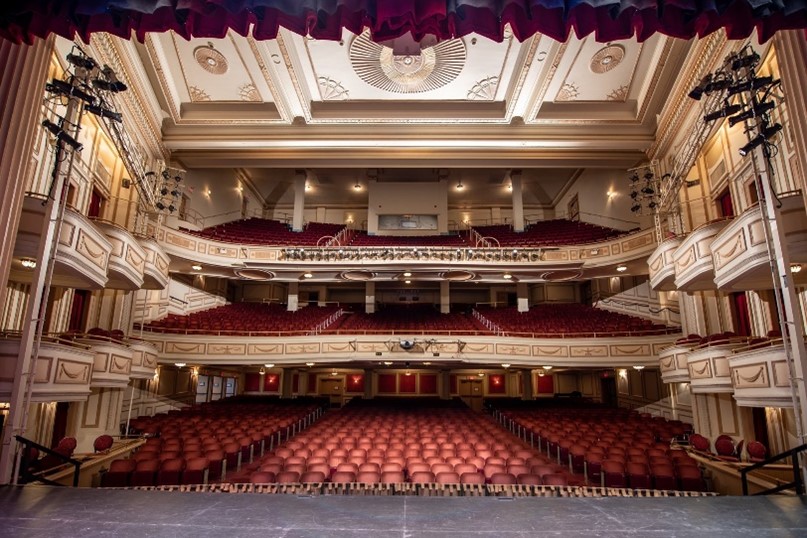 View of the audience seating from the Shubert’s stage