The Majestic Theatre is a Broadway Theatre at 245 West 44th Street in the Theatre District of Midtown Manhattan in New York City. It was the last of six theatres built by the Chanin organization which opened in 1927, designed by Herbert J. Krapp. It has 1,681 seats across two levels and is operated by The Shubert Organization. Both the facade and interior are New York City landmarks. 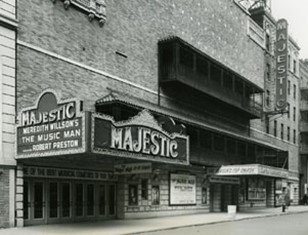 Street view of the Majestic, circa 1957 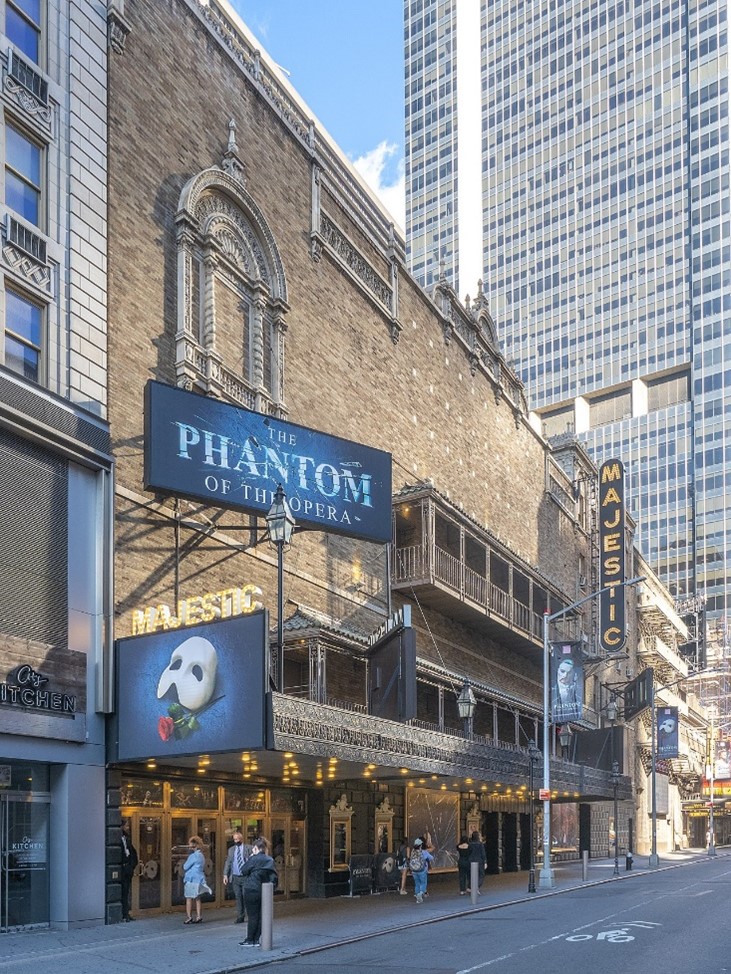 Street view of the Majestic, circa 2020

The facade is designed in an eccentric Spanish modern style with golden brick, terracotta, and stone and is divided into two sections. The auditorium contains Adam style detailing, steep stadium seating in the orchestra level, a large balcony, and an expansive plaster dome. Due to the slope of the seats, the rear of the orchestra is one story above ground. The balcony has extensive decoration, and there are also box seats near the front of the auditorium at balcony level.

The Majestic Theatre was developed by Chanin and designed by Krapp as part of a theatre/hotel complex. The Shuberts have operated the Majestic since 1930. The Majestic was always intended as a venue for major musical theatre productions because of its large size. It opened on March 28, 1927 with the musical Rufus LeMaire's Affairs , followed by The Letter (1927); Rang Tang; Rio Rita, Simple Simon; The Student Prince (1931), Pardon My English (1933), On Your Toes (1936), Babes in Arms (1937), Hellzapoppin (1941), Porgy and Bess (1942). 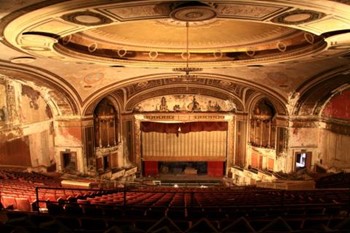 Interior view of the Majestic’s stage from the balcony 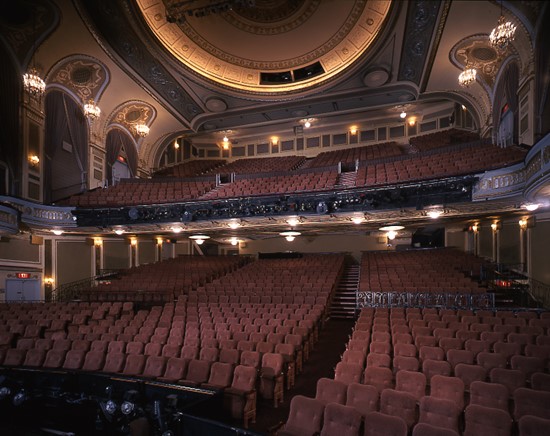